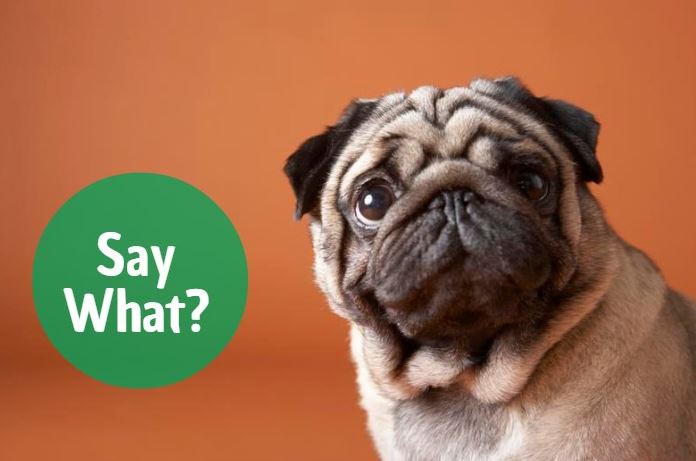 How well do you know your dog?

Though you may spend day in, day out and night after night with your furry best friend, we’ve found a list of 10 interesting things about your dog that you may not know.

1. Tail wagging is its own language

When your dog excitedly wags its tail, it definately means they are happy to see you, right? Hold on.  Discovery.com says, that a dog wags its tail to the right when they’re happy and to the left when they’re frightened. Also wagging low means they’re unsure; and a rapid tail combined with tense muscles or dilated pupils can signal aggression.

2. Your dog has the intellect of a two year old 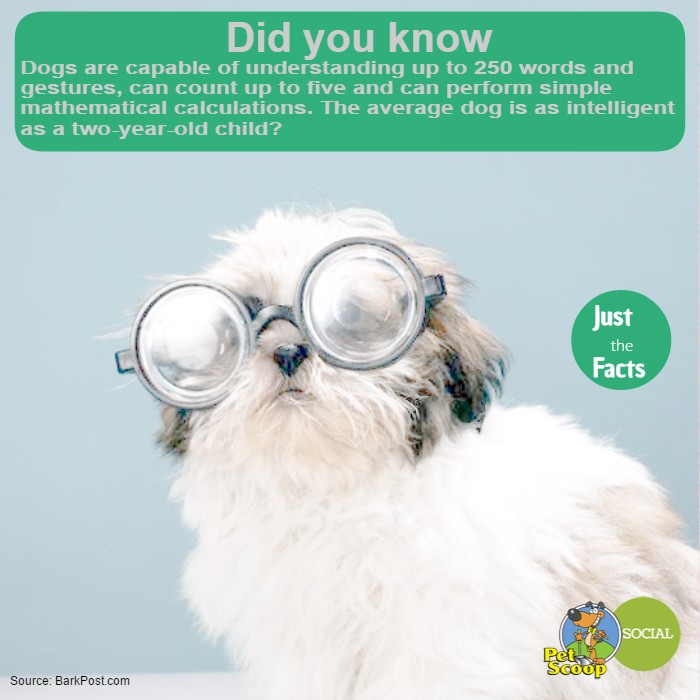 3. Dogs only have sweat glands in their paws

Even though they sweat out through the pads of their paws, their main form of cooling down is panting. Panting helps to circulate air through their bodies.

Some pet parents might notice the faint scent of corn chips or popcorn lingering around their dog. This is called “frito feet,” and it happens when bacteria and sweat builds up in the paws.

5. “Doggie breath” is actually not healthy

So you might expect your dog’s mouth to smell, well, like dog. But persistent bad breath can actually be a sign of health problems or dental disease.  If you don’t already, have your dog’s teeth examined every year.

In a 2010 poll, 67 percent of pet parents reported their pets acting strangely right before a storm, and 43 percent said their pets behaved oddly right before something bad happened. The top clues? Whining, erratic behavior, or trying to hide in a safe place. There are even reports that dogs can sense illnesses, like cancer.

7. Puppies are born blind and deaf

Newborn dogs are still developing, Psychology Today tell us, so their ear canals and eyes are still closed. Most puppies open their eyes and respond to noises after about two weeks.

Jealous maybe, but researchers have found those puppy dog eyes are not a sign of guilt. In fact they are just the way we perceive the dog’s reaction to being scolded.

Alexandra Horowitz, from Barnard College in New York found all dogs looked ‘guilty’ after being told off for eating a forbidden treat like a biscuit – and those who were wrongly accused often looked more ‘guilty’ than those who really deserved to be in the dog house.

9. Dogs CAN see in color

It’s a common fallacy that dogs can only see in black and white but they can actually see colors – just not as vividly as we can.

Dogs only have two cones in their eyes to detect colors, whereas we have three. That means dogs see colors on a blue and yellow scale but cannot distinguish between red and green. This gives them the ability so see better at night.

10. It’s not abnormal for dogs to eat feces

Yucky, yucky, yucky. Dogs often eat their own poop (and other fecal matter).  Though it seems gross, the ASPCA says it’s perfectly normal, stemming from their pre-domestication days thousands of years ago. More common in puppies, older dogs usually grow out of it, although some do it into adulthood.

We believe that the pet food that you purchase for your dog is a better choice for nutrition in the 21 century. To avoid this problem, pick up pet waste. We can help with this one.